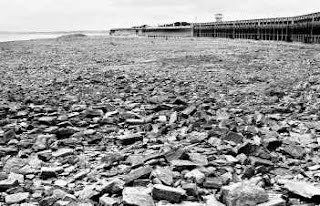 By the year 1971, Karnataka, which contributes more than 53% of water into Kaveri river was irrigating in 6.74 lakh acres of land, while Tamilnadu with a contribution of around 31% of water into Kaveri river was irrigating in 23.60 lakh acres of land. Today, Karnataka irrigates in around 11.2 lakh acres of land while Tamilnadu does it in 29.4 acres of land almost 3 times that of Karnataka. In 1968, with permission when Karnataka tried taking up Haarangi and Kabini projects, Tamilnadu went to the Supreme court with objection. Fearing delay in judgement, Karnataka went for a compromise by giving in writing that the state won't store water for more than 6 months in these reservoirs and won't use such water either. When Tamilnadu's case came up for hearing in Supreme court, it argued that "The river Kaveri has been used by us for thousands of years but Karnataka has stopped giving any water to us by breaching the 1924 agreement with these dams. The farmers of Tamilnadu, it's agriculture and it's economy has suffered a great deal due to this stance of Karnataka. Now, Karnataka has gone a step further by building four dams, literally stopping Kaveri waters to us. This great injustice must be corrected at the earliest." The loud cry of Tamilnadu did convince the Kaveri Tribunal about it's case. However Karnataka's cry of historical injustice fell on the deaf ears of the tribunal. When Karnataka tried contending that Tamilnadu grows 3 crops an year while for Karnataka it's not even letting grow second crop, Tamilnadu argued that it has a heritage right over the waters. Tribunal bought into the argument of historical claims of Tamilnadu and didn't even bother to look at why Karnataka was not in a position to utilise the water all this while. It blindly termed all attempts of Karnataka as illegal.

Shri. Parasharan was arguing on behalf of Tamilnadu. (His speciality is he is arguing against Karnataka in Krishna, Kaveri and Kalasa Banduri disputes involving Karnataka). Karnataka appointed Shri. F.S.Nariman to argue it's case.  Tamilnadu requested the tribunal to issue an interim judgement until the final judgement is made. The tribunal awarded 205 TMC of water per year to Tamilnadu based on the yearly flow of water from Karnataka to Tamilnadu. From the beginning whenever Tamilnadu accused Karnataka of not releasing any water, Karnataka contended that blame by showing the report of at least 252 TMC water measured at Biligundlu point. When Karnataka questioned the 205 TMC interim judgement, the tribunal rejected it by saying Karnataka was already releasing 252 TMC of water every year as measured at Biligundlu ! Then came the deadly blow to Karnataka with the final judgement of the tribunal on 5th of February 2007.

The final judgement of the Kaveri Tribunal!
The 5 injustices!
The continued injustice!
150 TMC of ground water available in Tamilnadu was not at all considered while giving the final judgement even when Tamilnadu itself declared that it is using 20 TMC of ground water! The experts panel of the tribunal gave a report saying Tamilnadu needs 395 TMC of water while the tribunal awarded 419 TMC of water ! Ain't that surprising?

When DMK is part of Union government, when it has four ministers in the cabinet, when Karnataka elects outsiders to Rajyasabhe, when Karnataka is being ruled by national parties having their allegiance more to their high commands than to the people who have voted them to power, will justice ever prevail for Kannadigas? This is a big question doing rounds in the minds of all Kannadigas. If Kannadigas do not wake up to seek justice, future will be bleak for us.

What rules and laws does India has about river water sharing in a fair and just manner? What is real justice for Karnataka? Will Karnataka get justice ever in future? What will happen to Kannadigas if the final judgment is published in the gazette of the Union government? What will be the way out for Karnataka? What role does our political parties play in this? Let's see in the next and final post.
Posted by ವಸಂತ at 03:44 ಅಪರಾಹ್ನ